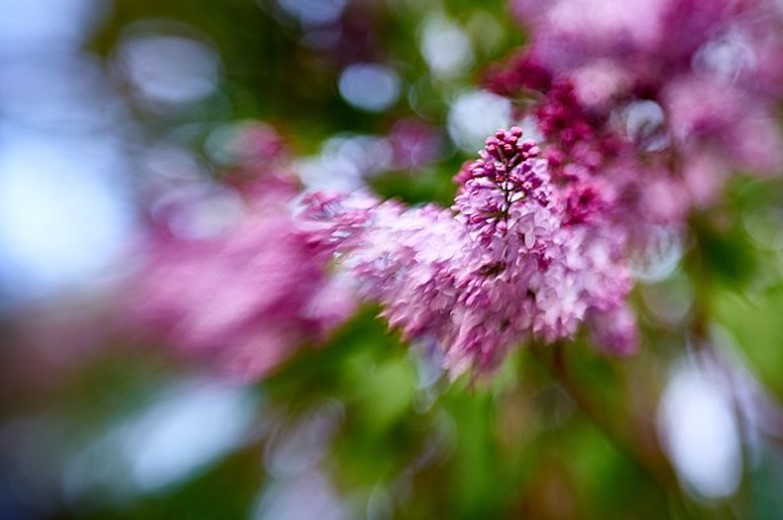 “We have stunned the world out of wonder” says Robert MacFarlane in his fascinating book Landmarks. https://www.amazon.com/gp/product/0241967872/

MacFarlane goes on the suggest that “once a landscape goes undescribed and therefore unregarded it becomes vulnerable to unwise use or improper action.” I think the same is true of animals and even something as small as the microbial bacteria in the soil. Not just a landscape or an animal I speculate as I think of the 1 million species that might become extinct [https://www.cnn.com/2019/05/06/world/one-million-species-threatened-extinction-humans-scn-intl/index.html] as a result of human action and the millions of faceless refugees and houseless people that live around us but that we rarely notice. “Language is fundamental to the possibility of re-wonderment for language does not just register experience, it produces it” MacFarlane says.

I love that Easter and Earth Day fall at the same time of the year. On Earth Day this year (Friday), why not consider celebrating God’s good creation with a walk on which you try to name each plant and tree that you pass – not with the generic name of its species but with specific names that describe its beauty and its glory? The lilac bush outside my window could become the fragrant purple flowered bush that fills my heart with delight. What if I try to find out the name of the man who sits on the corner each day begging for money and address him with a name that gives him dignity and respect? If I can’t find out his name I can give him one – the man with rugged face and far away eyes who speaks a language I do not understand.

The way we name things matters. “A desert wasteland” does not need to be respected. An undulating dune landscape hiding the wildflower seeds of future glorious blooming does. With a wave of our hands and the words of our mouth, we have re-enchanted this landscape, re-invested it with wonder and expectation.

I think this is what happened when Adam named the animals in Genesis. Each naming I suspect was an occasion of awe and wonder. I cannot imagine that he just gave them a generic “horse”, “dog” “antelope” kind of name without forethought or consideration for what the animal was. My impression is that he sat and pondered each one. Looking closely, maybe examining the creature, seeing how it was created and then naming it. The more intimately he knew the animal the more certain he was of what to call it.

The origin of many of the names by which we now know our animals has been lost but they still have meaning for us. Gazelle immediately conjures up an image of a swift, fast running antelope. Elephant is a large mammal with a long nose and beautiful curving tusks. Unfortunately there are many other created creatures we rarely name. Some of them we know better as cars that speed along our highways like cheetah, jaguar and impala or that trample its beauty with off road driving like rams and broncos. I was very concerned as I read MacFarlane’s book to hear that in the latest version of the Oxford Junior Dictionary there was a culling of words concerning nature. Words like dandelion, heron, herring, kingfisher, lark, and leopard have been repealed with blog, voice-mail, cut-and-paste instead.

How many creatures no longer register on our consciousness because we have no name for them or else have given them a name with negative connotations – like dandelions – weeds to one person but the most nutritious plants in the garden to another?

I love my friend Lilly Lewin’s suggestion that we should take a a wonder vacation, not to get away from wonder but to reintroduce it into our lives. To re-wonder our world we need to rediscover that this is a place of mystery and that means slowing down and taking time to notice. Re-wonderment means noticing not just the flower, but the unique and beautiful arrangement of each petal, the stamens at its center beckoning insects to its feast.. Re-wonderment means stopping to inhale the fragrance, the heady aroma, more exotic than any perfume, that often only lasts for a few short days before it fades.

I call my daily walks awe and wonder walks. They have opened my eyes to new depths of the beauty and my growing passion to become a better steward of God’s good creation. Awe does beget awe. Wonder inspires wonder, and in the process, there is that sense that we once more walk in the garden with God.

I challenge you to pause for at least 1/2 an hour today, and go on your own awe and wonder walk. Re-expose yourself to the wonder of God’s world and the delight God intends you to find in interacting with it.

Walk around your neighborhood. What catches your attention? It could be something as seemingly insignificant as an ant crossing the pavement. Where did it come from? Where is it going? What is its purpose? What would you name it? What do you learn about yourself and about God as you watch it. In what ways does it open you up to the awe and wonder of our world?
~Christine Sine from The Episcopal Cafe online blog 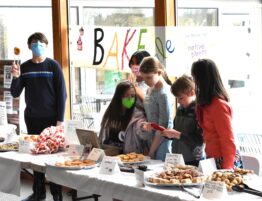 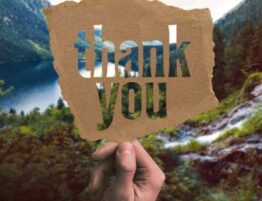 One of the great joys, and one of the most fulfilling, as members of the… 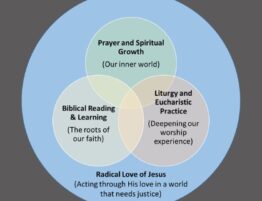 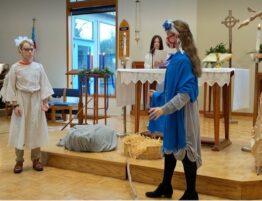 Yes, we had terrible technical difficulties on Sunday, December 18th, but we still did our… 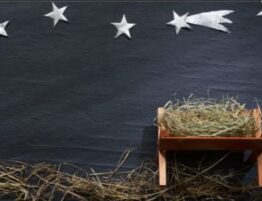 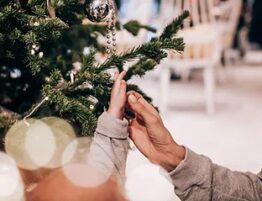 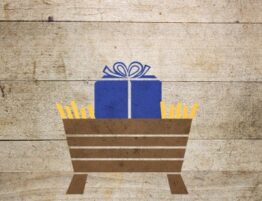 Notes from the Corner Office… Dear Beloved Community, Madeleine L’Engle, who some of you might know… 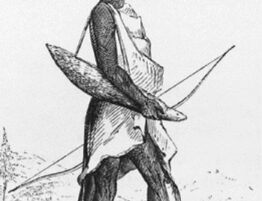 Honoring Our Land In our Prayers of the People each week, we pray for the…